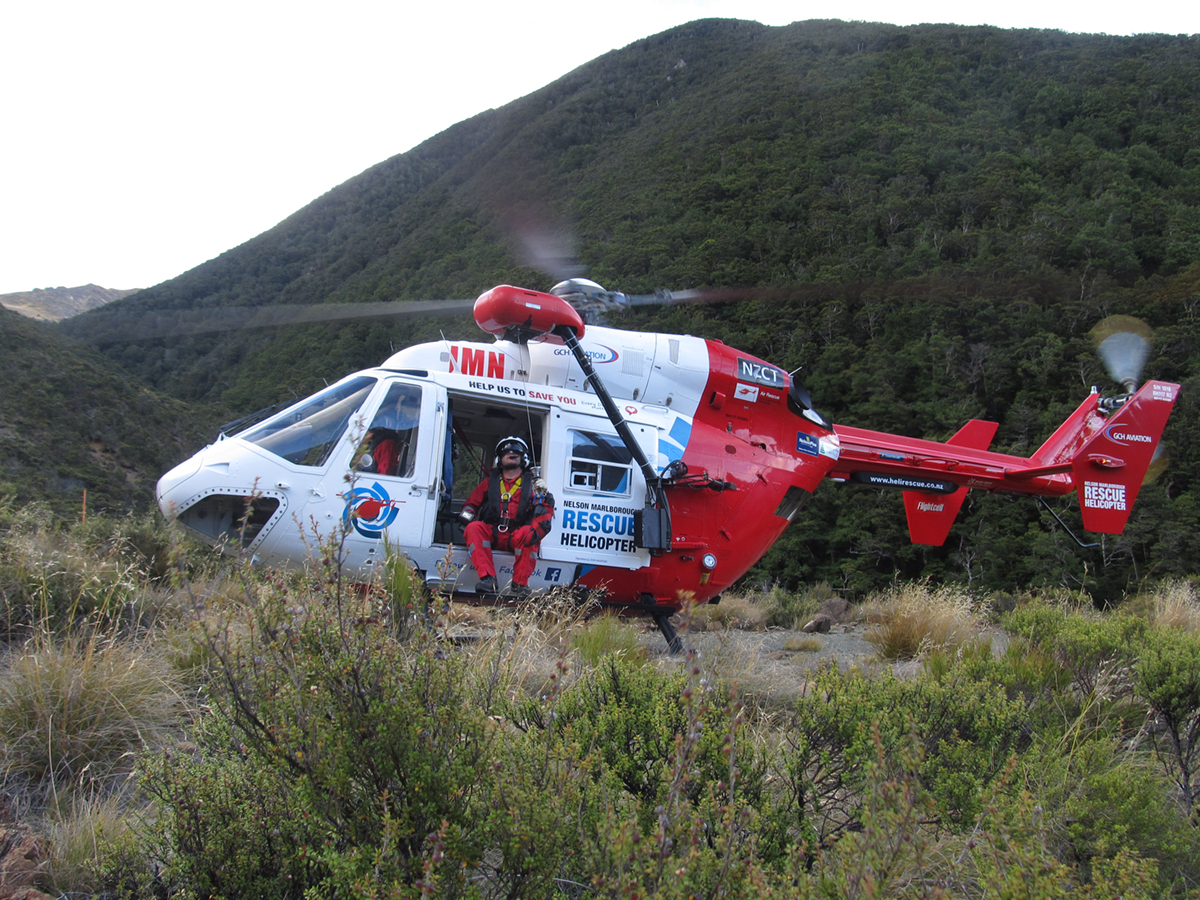 My friend and I had completed 2/3 of the Richmond Range in the South Island and were doing the 10th river crossing for the afternoon when I slipped on a boulder and dislocated my shoulder.

We knew that we were 1 km from the next hut so after 10 minutes deliberation it was decided that I could not walk that distance given the pain in my shoulder. Penny set off the PLB at about 5:30pm. We were on the riverside with steep beech forest on either side of the river.

My husband was contacted 3 minutes after the PLB was set off and told he would be contacted within an hour which did happen.

I was extremely cold after lying in the river for several minutes & shock contributing so was wrapped in an emergency blanket and my sleeping bag. About 45 minutes after setting off the PLB we spotted the helicopter and within 10 minutes a Medic dropped down onto the rocks on a cable. He inserted an intravenous tube for a pain killer, then attached Penny in Sling to the cable. She was hoisted up to the helicopter & taken to the nearby hut where there was a landing pad. He requested 20 minutes to attempt to put my shoulder back. He couldn’t get it back in place so when the helicopter returned I was clipped to him & we were both hoisted to the helicopter.

Within 15 minutes we landed at Nelson hospital and attended to almost immediately. My shoulder was put back in place & by 10pm we were in our motel. Can’t fault the PLB and the Search & Rescue Service in NZ.

I have hiked for years and only bought the PLB 3 months ago. I would certainly not hike without one.

Review from MXTV
Scroll to top